In recent years, the Swedish parcel market has grown strongly. Today, more than 190 million parcels are sent to various addresses around the country. By 2025, the corresponding figure is estimated to be close to 380 million. It is in many respects, a positive development for both consumers and businesses, albeit with a significant reservation. Deliveries today lack coordination, which leads to both a poorer customer experience and higher costs. Above all, it means a major, and completely unnecessary, climate impact.

There are several driving forces behind the development. The growth rate of e-commerce was already high before the corona crisis, and during the pandemic it has accelerated even more. At the same time, online retailers have realized that choice of delivery constitutes a competitive advantage, and thus the importance of being able to offer their customers smooth transport the last-mile. To meet the increased demand for home deliveries, the forms of delivery are increasing, and many online retailers also choose to sponsor deliveries in order not to lose customers in the last step.

In this ecosystem, a new transport market has emerged, with players who want to offer consumers seamless and flexible delivery services. With venture capital behind them, they have succeeded in driving down prices, while at the same time creating an almost unsustainable competitive situation for the rest of the market.

The result is that you as a consumer can have a package delivered by Airmee, one by DHL and one by PostNord during the same day. At the same time, your neighbor receives a package from one of the actors just mentioned, but later. Not only does this mean four different shipments to the same address, but it also means that each shipment travels to and from the warehouse with significantly less cargo than if the delivery had been coordinated. In other words, they are transporting air.

The argument for the system as it stands today is, of course, spelled innovation, something that in a market economy is born out of competition and which in most cases contributes to positive social development. And, of course, there are many benefits to being able to choose where and how you receive your package, or to be able to track the shipment – services that have emerged in the face of increasingly fierce competition for packages.

The problem is that the package flow is an increasing part of our infrastructure – a system in which competition between many players is not effective for anyone. Without venture capital funding unsustainable business models, the current situation would probably not have arisen, but now it is very real and contributes to several problems.

From a consumer perspective, the development of a growing number of delivery and delivery methods is likely to lead to increasingly advanced logistics, something that ultimately risks deteriorating, rather than improving, the overall customer experience.

For online retailers, on the other hand, financial challenges await. According to Cupole’s figures, online retailers are already losing SEK 38 billion a year because they do not offer the right delivery method or the right delivery time. Those who instead sponsor deliveries will over time need to dedicate greater sums to continue meeting the increased demand. What is common, and basic, however, is that multiple transport costs more than one and the same, and that costs thus increase when the choice of delivery increases.

Most worrying, however, is the development from an environmental perspective. Our analyses show the inefficiency that characterizes the current system risks corresponding to well over 100,000 tons of CO2 emissions by 2025. The sustainability challenge lies here in several stages. To a certain extent, these packages are not optimized for their contents, and thus become more bulky than necessary. But above all, it is about a system that prioritizes competition over coordination, and thus also over fully utilized cargo spaces and optimized routes. The result is that more and more half-empty cars must go to more and more addresses, something that in the long run also constitutes a direct climate threat.

A different scenario requires someone to take responsibility and there are good examples to be inspired by. In Norrbotten, a project has been underway for some time, with Pajala and Arjeplog as pilot municipalities, to overcome the challenges posed by distances to the local parcel market. The goal is to find a solution for coordinated transport that allows packages to be delivered the last mile while traffic can be optimized, which reduces emissions.

There are also initiatives in other sectors to learn from. The structure and functioning of the electricity network for example, but perhaps the most obvious is the decision by major banks to merge to establish one and the same solution for transferring money. The result, as most people know, was Swish.

There is really nothing to suggest that the national parcel market be handled in a similar way. On the contrary, it is precisely such a grip that is needed, and immediately. Here are leadership positions to take by companies that want to be involved in shaping developments, primarily e-commerce actors whose actions will play a directly decisive role for developments in both the short and long term.

One potential model would be for the largest e-retailers merged with their own transport solution under a new brand name. Not only would this free up capital to the benefit of both online retailers and consumers, but it could also form the backbone of a sufficiently significant portion of packaged deliveries carried out today to make an actual difference. It is a solution that admittedly places demands on partly new forms of cooperation between competitors, but the alternative is that everyone is a loser.

In the end, the details of what a new system would look like are less important. What is important is that we understand that competition in the package market has made it inefficient, and that it has a price. If we do not act in another direction soon, that price will be high to pay for future generations.

Partner
Why retailers are the future powerhouses

Previous
Amazon – Threat against retailers, but fatal for the logistics industry 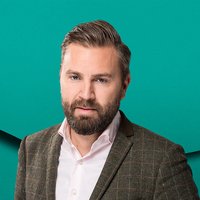 Send a message to Jesper Löwenborg