An Industrial Equipment Client was about to launch a new modularised product family, which over time would replace the company’s entire product portfolio. Management favoured a new production line with the capacity to build all products in one and with a limited need for lean initiatives after launch. Cupole teamed up with the client’s manufacturing team to secure production of the new product family within 6 months at their factory in India.

To define the prerequisites for the production line and match the client’s needs, several aspects were analyzed and documented – volume, configuration mix, current factory layout and processes to name just a few examples. When designing a production line it’s important to understand that quality and efficiency at the very smallest assembly step is key to increased efficiency in the entire production line. Hence, each prototype was analysed, and test assemblies were performed to define the work content for each step. Assembly steps were then grouped into logical stations in a main line and into sub-assembly stations feeding the line where needed.

To ensure balance in capacity between the stations, walking time, picking time and assembly times were analyzed as well as effects of different product configurations. Production materials needed in each station were defined and replenishment dimensioned to fulfil the volume and configuration requirements.

By working in close cooperation with the client, we not only lead the work of building an efficient production line, but also achieved knowledge sharing. The Client is now manufacturing products in the new line and have the capabilities to design the second line on their own. 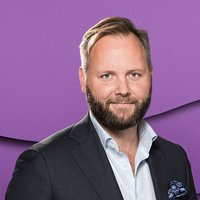