How come the most significant threat for many digital startups is the platforms from which they exist? Cupolean Axel Beijer shares his insight into the paradoxical relationship between startups and tech-giants.

Over the past decade, we’ve seen new industries being innovated and reborn at a fast pace due to the digital revolution’s opportunities. As part of this ecosystem, an increasing number of startups have launched from the big tech giants of our time like Google, Apple, and Facebook. It seems, however, that the relationship isn’t as straightforward as this. Instead, it’s much more complicated.

Let’s start at the beginning. For years, startups have been leaping at opportunities that wouldn’t exist if it wasn’t for the big tech companies – their data and services have been the very foundation of these new types of businesses and, by extension, industries. SEO, content management, and market research are just a few examples of this growing universe.

From an outside perspective, it undoubtedly seems like somewhat of a success story. And for some of these companies, it both has been and continues to be so. However, for those who have identified a business offering that any of the platforms consider a good enough idea (i.e., a big enough threat), the future might not be as bright. Empirics so far show that the likelihood of giants copying the concept and integrating into the platform – either by developing a corresponding service themselves or by acquiring a competitor to the start-up at hand – is relatively high.

Thus, the paradox is evident – companies that see the potential with the platforms and are innovative enough to capitalize on it may have worse future prospects than those who don’t. Once established by creative startups, the result is industries now dominated by the tech-giants that nourished the sector from the very beginning.

The situation is similar to the life of a whale. The whale lives in the ocean, and merely by existing, it gives rise to life for other creatures nourished by living close to the whale. However, if the whale one day discovers that the fish – that swam in its wake – is attractive, it will (most likely) eat them.

As a digital startup in a field dependent on tech-actors, you thus need to make sure to add value to the platform to avoid being seen (merely) as a threat. In parallel, you should probably avoid growing too quickly and thereby attract the platform’s attention. Cause if you do, you risk being outrivaled by the platform’s replication of your service.

Read more about what Cupole do here

Management Consultant
Talk to me! 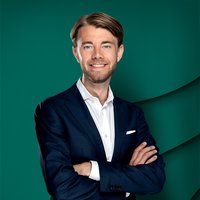 Send a message to Axel Beijer