What?
Assessing the operational health of two competitors; secretly in love
Success case

Assessing the operational health of two competitors; secretly in love

At Cupole, we came late into the process. The field was played and the dating phase between the Buyer and the Target was well underway. Both parties were convinced that this was it. At Cupole, we had expertise from the industry, and we had both experience and knowledge of the Buyer’s operations. As an old friend, we were asked for advice. Will this be a good match? Is this truly attractive, or have we fallen head over heels in love, clouding our judgement?

Our two companies, Buyer and Target, needed no further introduction to each others’ commercial environments. They were both operating in the same industry, performing the same type of tasks. They were competitors, secretly in love. The issue was not to understand the industry, but to truly make sure both parties understood each other. To benchmark the two against each other. To see if we could uncover anything about the Target that could break the potential deal – and their hearts.

Are you an attractive investment, or not?
At Cupole, we eagerly took on the task. With the goal of assessing whether the Target was an attractive investment or not, we set out to assess its operational health and determine whether their business plan could be realized. Together with the Buyer’s top management, we defined seven functional areas to dig into. The areas covered everything from IT, communication and controlling, to more industry-specific functional areas. Within each area, we looked at how fit for purpose the Target’s assets, organization and processes were. The key was to find the right questions and focus on what was truly important.

One important aspect was to look for value creation opportunities in the deal; operational, cost reductions, synergies, as well as best practices. What would be the best possible combination of the Buyer’s and the Target’s operations? It was also important to understand how effectively those upsides and opportunities could be leveraged and integrated.

Furthermore, it was important to understand the key risks in the Target’s operations and in the potential deal. What could go wrong when combining the Buyer’s and Target’s operations, and what is the probability and impact of such a situation? Thereby, mitigation actions to manage the risks could be developed and TSAs and deal details were revised.

Long live love, but what about our future?
Normally, corporate finance firms are the coordinating function in large affairs like this. In this case, our two companies wanted as little filters as possible between them. At Cupole, we therefore took on the challenge of coordinating the legal, financial and tax due diligences, besides being the honest, questioning and supporting friend.

Long story short, it all turned out well. We uncovered truths, challenged beliefs. Saved the Buyer a bunch of millions on IT-systems and renegotiation of contracts. But in the end, it was meant to be. Our two companies said yes! Later on, when all topics were negotiated and the deal was signed, we had the privilege to plan the integration and future life between the Buyer and the Target! But that is a success story for another time.

Are you in love? Are you wondering if you’re seeing things clearly? Reach out!

Read more about what Cupole do here 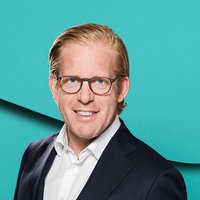 Send a message to Per Högberg